A change of balance in the South Pacific? : the China- Australia relations and US attitude

A region of the globe that has been a major concern for the international community the last three years is the southern Pacific basin. The cause for the emergence of interest was the steadily rising power of China. This power confronts China with other nations in the region. One of these nations is Australia. The challenges that arise affect Australian-Chinese relations, while the intervention of the American agent is not expected to smooth the climate.

Economy and technology are the one cause of challenges. China with a GDP of $ 13,4 trillion far exceeds Australia of $ 1.5 trillion by figures of 2018. Only this evidence proves that the economy can be a point of friction. China's economic dynamism enables it to expand itself economically throughout the world. Oceania and Australia in particular cannot be an exception.

The Chinese cultural, economic and technological influence is very big. Chinese tycoons have invested in pro-Chinese think tanks, their presence is predominant in the business, academic and political world, while the Chinese state uses both the Chinese people of the diaspora and former Australian politicians who act as lobbyists in its favor. At the same time, China's technological contribution to the country's infrastructure is strong with Huawei taking over the upgrade of the country's 5G network. In addition, the governor of the federal state of Victoria signed with the Chinese side an agreement to connect the state with the "One Belt One Road" initiative despite the unacceptable attitude of the official government towards this. It is also worth mentioning that China is a very important importer of Australian coal, offering billions of dollars in revenue to the Australian funds. Beijing also encourages Chinese tourists to visit Australia and New Zealand, contributing significantly to the economic development of the two countries. Consequently, the Chinese influence in the country is indisputable.

Australia on the other hand is at a disadvantage. Not only is its GDP less than China, but it cannot compete productively the asian country . Also, the federal government is afraid of foreign influence and espionage. So, its attitude is defensive. It is no coincidence that the Australian governments of Turnbull and Morrison and after indirect pressure have a negative attitude towards Beijing. The political rhetoric of the former government was based on the Chinese expansive aspirations in the Southern China Sea and on the political system of the asian state. The present government since August 2018 when it took office, with bills that voted marks a barrier to the Chinese expansion. In particular, in September 2018 the authorities excluded Huawei from its participation in the consolidation of the 5G network. In January 2019 the entry of the tycoon Huang Xiangmo who also funds the Australia-China Relations Institute in the country was canceled because of his great influence. In addition, since March, a law is in place to restrict the ability of a lobby of foreign interests to be activated into the country. Within this framework, many former Australian politicians working for Chinese companies were forced to resign, including former minister of foreign affairs Carr who was a member of the above Institute and the former Governor of Victoria. In addition, the new legal framework also provides for transparency conditions in order to control the activities of foreign lobbies.

The defensive and "sinophobic" policy of the Turnbull and Morrison governments as logical has caused discomfort and anger in Beijing. The inflammatory statements of the former Australian government annoyed that of Xi Ziping, while the upgrade of the "sinophobic" attitude of the new government cause reactions in the Chinese side. The latter does not hesitate to take action. In February 2019 the value of the Australian dollar fell when in the port of Dalian the Chinese authorities delayed the import of Australian coal. The causes for this action are not known. However, this move caused fear in Australia because China is a major importer of its coal. Fear turned into horror by thinking what would happen if such restrictions were imposed on all the Chinese ports. In such a case, the financial blow to Australia would be enormous. The dependence of Australian exporters from China has been perceived. Economic circles worry further because they know that the Chinese have alternative sources of coal imports from Indonesia or Mongolia. Australia will be very difficult to find a new market. Finally, in Canberra they worry that this action is a financial retaliation for the deterrent stance towards the Chinese due to the legal framework that has been imposed from Australian authorities.

The sector of military power and diplomacy

From 2015-2016, the Chinese government is implementing a plan that will lead to a strong military force. Not only is it re-equipped with state-of-the-art weaponry systems, but also it transforms scattered small islands into military bases or creates such an artificial way, a move that refers to a doctrine of "islands-fortresses". These islands are located in the Chinese Sea. This creates a Chinese military zone, which also acts as a "shield" protecting the Chinese hinterland. At the same time, the Chinese Armed Forces acquire both defense and attack bases. The result as the militarization of the maritime region continues will be to be turned into a "Chinese lake" with whatever it implies for neighboring states and the status of international shipping. A typical example is the harassment of Australian warships from corresponding Chinese sailing ones in the area without serious cause. Still, because the bottom of this sea is rich in natural resources, China will be able to exploit them by itself putting cemeteries or deterring other states from their exploitation rights. As a result, China will become the absolute dominant country in the region.

Australia because it has not hide its aspirations to exploit the deposits in the southern Pacific Ocean is facing with skepticism and concern the progress of the Chinese in the military sector. This development has revealed two serious shortcomings in Canberra: the first is that the Australian Army is not  ready for a war, while many of its equipment is outdated. The second concerns the non-strengthening of the diplomatic presence of the country in the Pacific nations. But the last two Australian governments received the message and took action.

The Turnbull government decided to implement an ambitious plan to modernize the Australian Armed Forces. For this reason, it purchased armaments from Rheimentall to modernize the units of armored combat vehicles. At the same time, before the New Year, a small number of F-35s were delivered from the 72 which were ordered. Finally, from 2020 onwards, the Naval equipment will also be upgraded. The Morrison government supports the strengthening of the armed forces. The Australian military restructuring plan is seen as a first step in addressing the Chinese military threat.

The second step is to create a cluster of cooperative and allied relationships with other Pacific countries that also fearfully perceive Beijing. It is no coincidence that Australia is in discussions with other states in the region to balance diplomatically the Chinese influence. In other words, it seeks to create a "shield" that will inhibit Chinese expansionism throughout the Pacific and will not lead to its isolation.

The government of Trump plays a very important role in the events. It understands China's greatest threat to the US interests and aims to fight it. This is why it declared a trade war in order to weaken it economically. In this "war" effort, the American president wants allies, willing or reluctant. The Australians are his allies and he knows it.

Trump did not like the good climate which was prevailing in Sino-Australian relations, especially with the free trade treaty that had been signed earlier. The White House is worrying about Chinese influence and penetration both in Australia and New Zealand. That is why it must be eliminated. Thus, Washington indirectly exerts a clear pressure on Canberra to halt the Chinese "raid". This is one of the reasons why the Australian governments take such tough measures against the Chinese. US diplomatic support is complete, although Trump is indifferent to whether such defensive measures will hit the Australian economy.

At the same time, the US also help the country militarily. Already, Australia is one of the main importers of US weapons systems, while US military penetration is complete. The use of Chinese fear also serves American military industries. Australia can be a major market in its attempt to re-equip its defence forces.

The balance in the southern Pacific Ocean is overturned. Australia and China since 2016 - the year of the election of Trump - have experienced an unprecedented coldness and hostility in their relations. Australia is de facto more disadvantaged. While it was moving on two axes earlier - good economic relations with China and at the same time an alliance with the US - now it has to choose. Whichever option will have consequences as demonstrated with Dalian. A move to normalize bilateral relations took place in November when Foreign Minister Marise Payne visited China and had discussions with Chinese government officials in a positive climate. However, Morrison's tough policy and that of the US can hardly eliminate the coldness of Beijing.

China, in turn, has not carried out extensive dynamic actions at the expense of Australia. But being in a more advantageous position can do it. Yet, poor bilateral relations do not prevent it from continuing its policy: global financial penetration and military empowerment. Australia is an important hub both because it is a major market of almost 24 million people and because it is one of the main US allies. USA will be hit if Chinese influence is established in australian soil.

Finally, Washington seeks primarily to ward off the Chinese economic expansion. Oceania is a key partner in the economic war against China. Washington also seeks to contribute to the strengthening of the armed forces of the Anglo-Saxon country. The US pressure will continue to exist and the Australian government will have to balance between the two most powerful states in the world. Thus, Australia and New Zealand will act as a "barrier" to the Chinese expansion in the Oceania continent.

3) Tony Walker, TheConversation, Chinese- Australias relations may not be "toxic" but they do need to keep warming up, 14 March 2019, https://theconversation.com/chinese-australia-relations-may-not-be-toxic-but-they-do-need-to-keep-warming-up-113545, access: 20 March 2019.

Recep Erdogan’s “Islamic” foreign policy and the Ottoman past: the rise of Turkey as a crucial factor into the Islamic World and the challenges ahead

The recent visit of Turkish President Recep Erdogan at Kuala Lumpur in Malaysia for an Islamic Summit was indicative of the Turkish str... 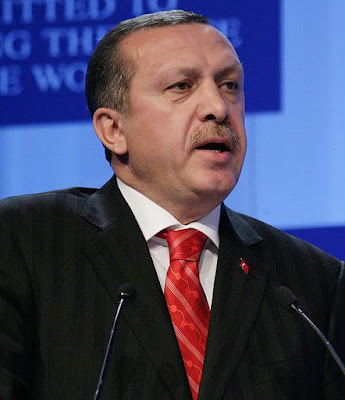 Hello! I would highly appreciate any contribution to our effort in order to continue providing reliable analyses.

Nikolas Nikolaou
Hello. I am Nikolaos Nikolaou and I hold a MA in "International and European Studies". "International Affairs Analysis" is a blog on the analysis of issues of international politics and economy. I started this blog because I wanted to apply what I learned at university and act as a source of serious / impartial analysis and information. The analyses presented are offered for use by third parties, but I would like they post my blog as a referrence. Good reading!